Today We Mourn, Tomorrow We Fight 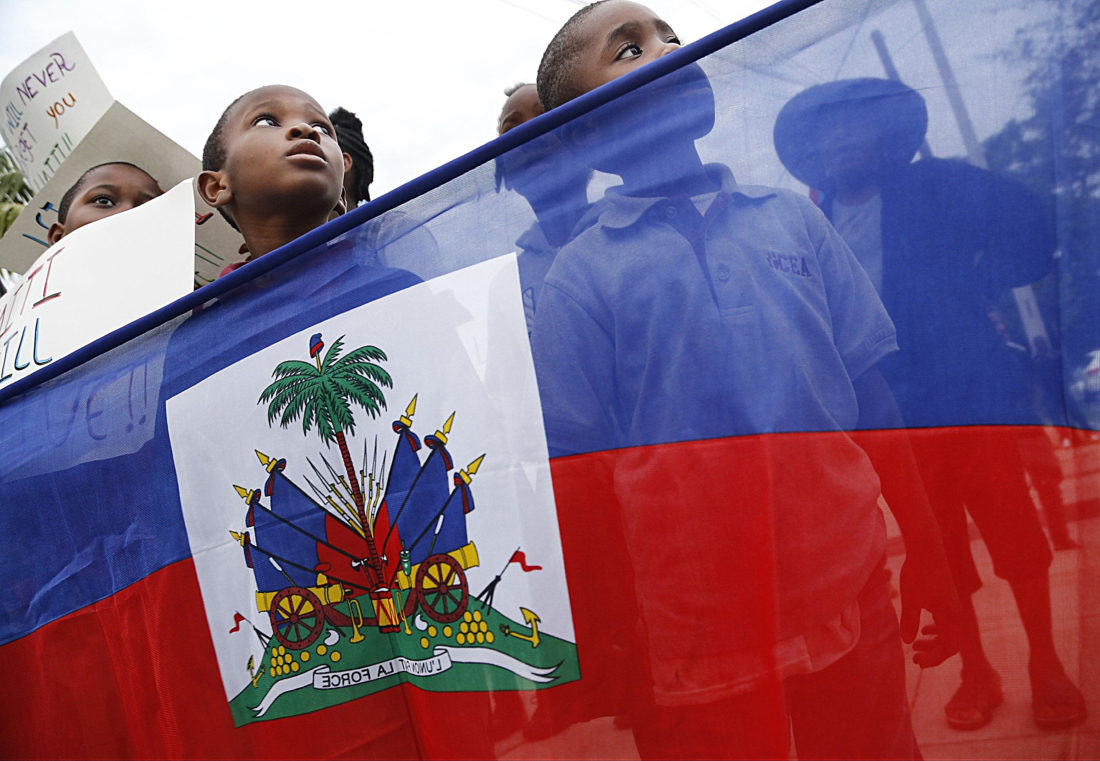 Today We Mourn, Tomorrow We Fight

The words of President Trump were not surprising, only the silence.  How many times his insults and verbal denigration of immigrants and people of color were uttered and those in attendance remained silent?  How many times must politicians remain complicit in both in words and action?  Edwidge Danticat refuses to be silenced, and for that, I am forever more grateful.

“Today We Mourn, Tomorrow We Fight” by Edwidge Danticat

Today, like many of my fellow Haitians and Haitian-Americans, I planned to mourn the dead. I planned to do my mourning quietly and in small doses. I planned to stay busy so I wouldn’t spend the whole day in pain. I planned to check on the children in my family who lost their father and baby brother in the catastrophic earthquake eight years ago. I planned to write notes to friends and family members who were rescued from the rubble by their neighbors. I planned to get through a panel at a literary festival without breaking down in tears. I planned to hold my two daughters a little bit tighter tonight, especially my youngest who was the baby I kept in my arms to keep myself from curling up in a fetal position each time I saw a child being pulled from under a school or house on my television screen.  Instead, because the President of the United States, who seems determined to insult Haitians every chance he gets, has said that Haiti–along with “Africa”–is a shithole, I must also lament yet another insult to our dignity.

A few weeks ago, it was “All Haitians have AIDS.” This week we are from a shithole country. Haiti is not unacquainted with racists or white supremacists. We defeated our share of them in 1804 when we became the world’s first black republic. Haiti is not a shithole country.  It is a country that, for example, if France hadn’t grown tired of fighting, it would have never sold 828,000 square miles of land to the US, from the western banks of the Mississippi River to the Rocky Mountains, nearly doubling the size of this country. Alexander Hamilton said that the Louisiana Purchase would have never happened were it not for the “courage and obstinate resistance of the black inhabitants” of Haiti. We are also the country that the United States has invaded several times, preventing us from consistently ruling ourselves. If we are a poor country, then our poverty comes in part from pillage and plunder. In the 1980s, the US government–claiming that Haitian pigs had swine fever–participated in the extermination of nearly every native black pig, which represented some families’ entire life savings. These same farmers were then “encouraged” to buy the pampered pink pigs of US farmers. This is only one of many examples I could list.

We are also a country where great art, music, and literature have risen from these and a slew of other woes. We are entrepreneurs, big and small, dreamers, workers. We are a country that created people like my father, who drove a taxicab in Brooklyn, sometimes sixteen hours a day, so that my three brothers (two teachers and an IT specialist) and I could have a better life. We are the country that eight years ago lost over 300,000 people whose lives and memory we should be commemorating today, rather than trying to hold our heads up wherever in the world we happen to be.  Apparently, the President’s remarks came out of a discussion about Temporary Protected Status, during which he is reported to have said “Why do we need more Haitians? Take them out.” Mr. President, so many have tried to take us out before. Eight years ago, the earth itself tried to take Haiti out. Yet the courage and obstinate resistance of Haitians remain. We survive, and when given the opportunity, we THRIVE.  To borrow a slogan that many Americans of different backgrounds have been using since the beginning of this presidency, today we mourn, tomorrow we fight.